The U-14 Boys Ontario Indoor Cup final featured the Mapola Attack taking on the Futsal Club Toronto on Sunday.

The teams had met earlier in the tournament with FCT coming out the victors.

With it all to play for both teams came out flying.

FCT opened the scoring less than 30 seconds into the match when Matteo Gallati got his team on the board early.

Mapola were undeterred by the furious start as they answered right back on the very next play as Hiten Sharma’s shot found the back of the net to make it 1-1 after only just one minute of play.

With nine minutes remaining in the first half, FCT goalie Ethan Bermudez fouled a Mapola player in the box and they were awarded a penalty. 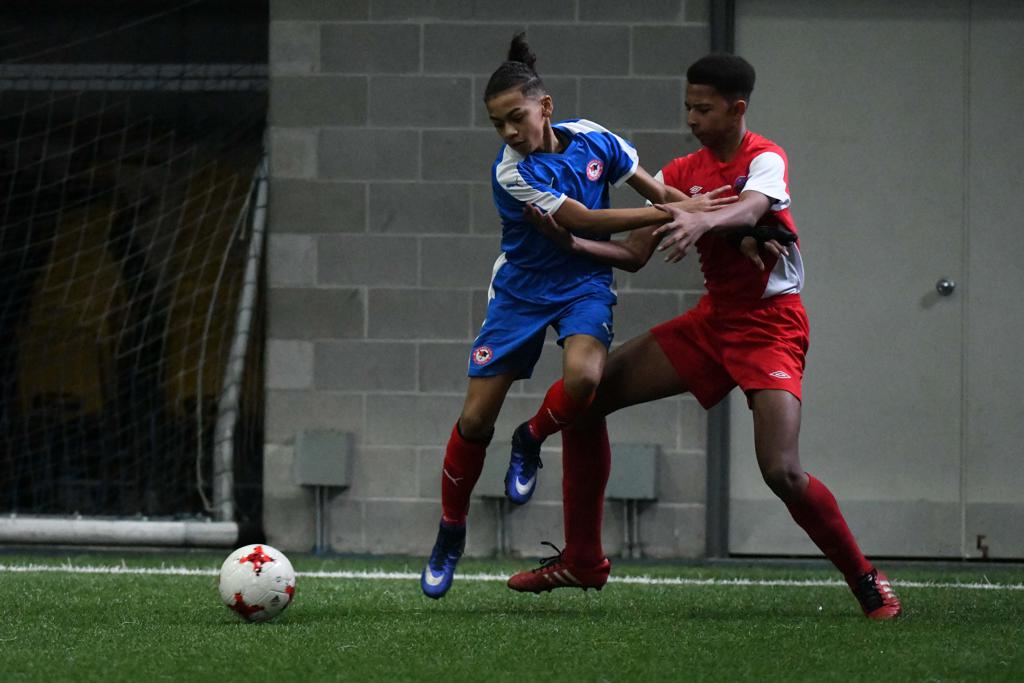 Bermudez would make a couple big saves before the half to keep his team in it as the first half ended with Mapola leading 2-1.

Mapola increased their lead to 3-1 after the restart when Janarththan broke up an FCT attack and then finished the play by slotting home a pass from Kyrese Bailey Lynch.

FCT drew one back when a Galati freekick found the corner making it 3-2 with 17 minutes left in the second half.

Jordan Pinto would shut the door the rest of the way for Mapola with a few nice saves, helping his squad capture the U-14 Boys Ontario Indoor Cup title