Club owners and former team mates Lorenzo Redwood and Roy Blanche decided to revive the former FCT club colors, a deep red & blue which they were well know for in the past. The model was chosen based on the collaboration of the duo, Givova representative Ron Davidson and the opinions of supporters and club members.

Roy Blanche comments: “After hours of debate we were able to decide on a kit that is very stylish and one which best represents the club and likes of team members and supporters. We wanted to incorporate the colors formerly used in 2010, while the stripes across the chest remind of us of how proud Lorenzo and myself are of the future of this club and represents our hard work, determination and passion for futsal.”

Ultimate Sports is an authorized sales representative of Givova’s high quality products in North America. Givova is the official supplier to the Canadian Soccer League (CSL) and other soccer clubs in Canada, as well as the Serbian Olympic Team, national soccer team of Malta and numerous professional clubs around the world.

The club is excited about making FCT merchandise available long before the launch of the 2012/2013 Futsal Season. On how to get hold of FCT merchandise please contact the club: admin@futsalclubtoronto.com. 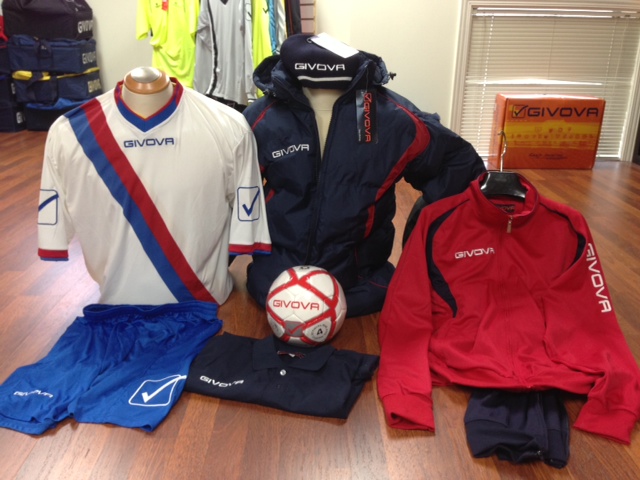