Snowmagedon did not damper the plans of Futsal Club Toronto’s inaugural Futsal Festival this past Saturday afternoon at Castlebrooke Secondary school in Brampton.
We witnessed 4 of the finest teams go head-to-head with Futsal Club Toronto’s U10, U12, U14 & highlight of the afternoon; FCT Mens Division VS Barrie Futsal Teams.
The event was a fundraiser held in conjunction with Westjet “Cares for the community program” and volunteers.
FCT would like to thank Tecnico Ambato, PSSA, Barrie Futsal, game referees, DJ Monty & Committee staff for volunteering their time and dedication in organizing an event that was so well orchestrated all in the name of Futsal and support for all the above mentioned divisions.
Declared winners of the below prizes were:
Henriqueta Vecha-Westjet round trip ticket for two
IPad Mini-Litsa Sharma
iPod Nano-Umbreen Castaldo
NHL Hockey Tickets-Evelyn Gordon
Cristian Dior Cosmetic Basket-Emma Minetto
Thank you to all participants. 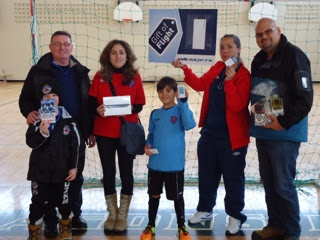 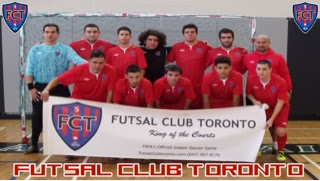 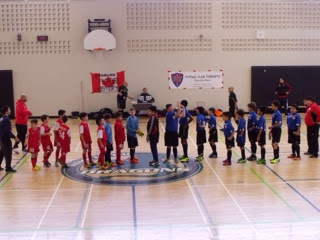